On March 15, 1994, the Constitution of the independent Republic of Belarus had been adopted. 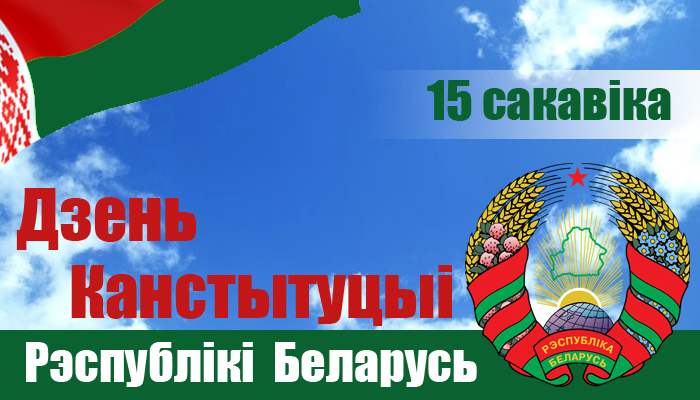 Unity Day of Belarus and Russia

On May 9, Belarus celebrates the victory over fascism in the Great Patriotic War (World War II). In the country, this is one of the most revered dates, as the victory went at a huge price – every third Belarusian died. War veterans in Belarus have a special honor, so the solemn processions of veterans are the main festive event of Victory Day.

Independence Day is the main national holiday in Belarus. It is celebrated on July 3 – the day of the liberation of the city of Minsk in 1944 from the Nazi invaders. The main event of the holiday is a solemn parade. In Minsk, it is held on Pobediteley Prospectus and reminds that the Belarusian people won the freedom of the country at the cost of untold losses, and also demonstrates the achievements of sovereign Belarus.

Holidays and memorable days in Belarus

February 23 – Day of Fatherland Defenders and the Armed Forces of the Republic of Belarus. Although the main vigilantes of this day are military personnel, in Belarus it is considered a holiday of all men.

March 8 – Women's Day. The holiday was established shortly after the 1917 revolution. In modern Belarus, March 8 is the Spring holiday and the day when women are honored.

May 1 – Labor Day. Labor Day is one of the most popular holidays in Belarus. On this day, a lot of concerts and other entertainment events are being held. A lot of people celebrate it, making picnics.

Belarus officially established memorable days in which it is customary to remember the victims of great tragedies, to pay tribute to the dead.

Memorial Day of the Dead (Radunitsa) – the 9th day after Orthodox Easter. On this day, it is customary to visit cemeteries, to put in order the graves of relatives and close people.

April 26 – Day of the Chernobyl tragedy.

June 22 – Day of National Memory of the Victims of the Great Patriotic War.

In Belarus along with the official holidays, remain popular the ancient folk holidays, one of which is Kupalye. It is celebrated on the night of July 6-7. The celebration is accompanied by folk rites, songs, round dances. Mandatory attributes of the holiday – are ritual jumping over the fire and bathing.